A school opens at pointReturn 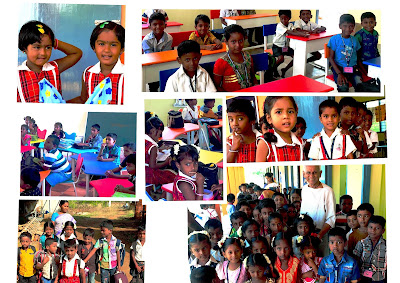 The entire 17 acre project known as pointReturn was meant to be given away to institutions that add value to India. Long time followers may recall, the project was to be driven by a small community of young people who live and work on the land and on ideas they believe as being suited to advance India's prosperity. Education, was one of them. An education grounded in India’s traditional  values was to be offered at pR.

But that’s not the way things unfolded.


After four years of exploration, the volunteer-driven model was discovered in 2014, to have failed. Ensuring the future of pR returned to me as an urgent anxiety. Uppermost in my mind was to ensure the land was given to only those that met the following criteria:
I believe the above would ensure a  future for the pR acres where its ecology would be preserved. The search has not been easy. 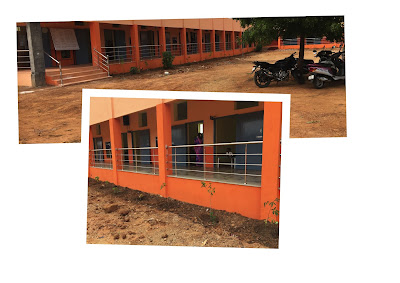 In 2015, I decided to donate 8 acres to the Vivekananda Education Trust. They envisage a high school and a teachers’ training centre, with supporting infrastructure.
Construction began for the first stage of the school. Starting
June, this year 105 children have joined the elementary school. They come from around 20 km area of the school. All teachers are local ladies as are the supporting staff.
I hope the school will inculcate waste management and environmental concerns as part of its curriculum.

on July 28, 2017
Email ThisBlogThis!Share to TwitterShare to FacebookShare to Pinterest
Labels: pointReturn

Between 2000 and '06, I published GoodNewsIndia. The by-line read,'News from India: of positive action, steely endeavour and quiet triumphs- news that is little known' go to gNI
Since 2006, I have been restoring a parcel of wasteland 100kM south of Chennai, embracing rain water harvesting, biomass recycling and regrowing vegetation. The project is called pointReturn, with the tagline '- the point is to return' go to pR
The above sites are no longer updated. This site integrates most of my writings from the above and also carries my ongoing posts.
On Twitter:@strawsInTheWind
-dv [aka D V Sidharan]